A Melbourne father has turned vigilante after witnessing too many brutal muggings in the laneway next to his suburban home.</p>

Clayton father-of-two Giulio — who has asked for his surname to be withheld — has witnessed one too many vicious assaults outside his family's suburban home.

Co-ordinated attacks by groups of thugs from what has all the hallmarks of Melbourne's Apex gang have been occurring far too frequently in the laneway, predominantly used by staff of the nearby Monash Hospital and students at nearby Monash University.

The gang have their plan down pat: waiting and watching before ambushing a pedestrian.

"The group was sitting along the fence," Giulio told A Current Affair of one mugging. "There was a couple on the other side, keeping an eye out on who was coming from the east."

"Within 10 seconds it was all over and they all scattered," he said of the incident, in which he desperately sprinted from his home in an attempt to catch the thugs.

"I'm too old to chase, so I decided to come back, jump in the car and chase one of them."

Giulio chased one of the thugs down the street in his car.

"I was extremely serious," he said.

"With the noise that the car was making, I think he got the message."

He managed to grab a 15-year-old alleged thief who screamed abuse, even threatening to sue Giulio, until police arrived. 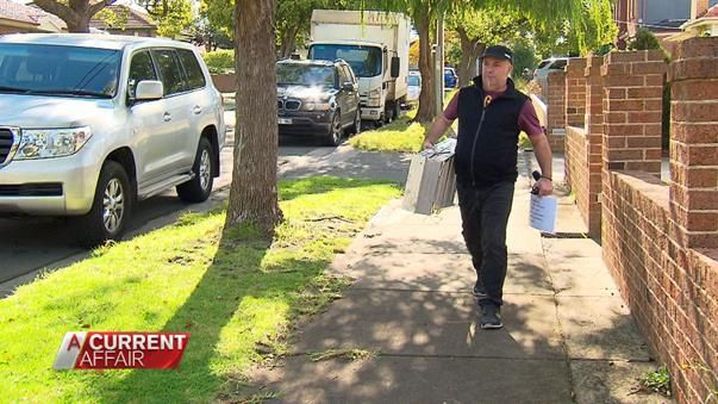 He managed to grab a 15-year-old alleged thief who screamed abuse, even threatening to sue Giulio, until police arrived.